Ever since I was a young kid, whenever the Open Championship is played in the North West of England, I have attended one of the practice days with my dad, a golf fanatic.

Dad and I were there again earlier this week. I'll spare you the details, but I've posted a large number of photos on Flickr, if you're interested.

Why am I talking about the Open Championship at Hoylake on a blog that's supposed to be about Charles Darwin? Well, because, as we all know by now, absolutely everything has a Charles Darwin connection…

Spotted in the tented village above a display of hickory-shafted golf clubs at Hoylake this Tuesday:

The Bernard Darwin quoted was a famous golfer and Times sportswriter, who became Captain of the Royal and Ancient Golf Club in 1934 (the year before my dad was born). Bernard Darwin was the grandson of Charles Darwin, who referred to him as ‘Dubba’ when he was an infant. (Rather pleasingly, one of the players in contention at the Open this week goes by the name of Bubba.) 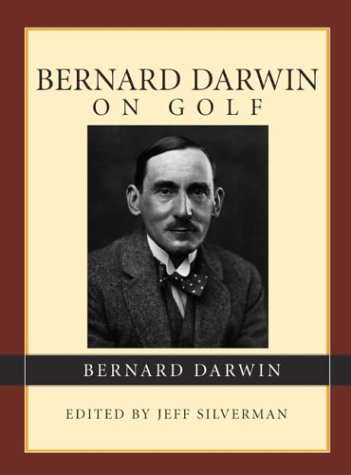 Like I said, everything has a Charles Darwin connection.