Today's Guardian has a lovely diagram illustrating the Indo-European and Uralic family trees: 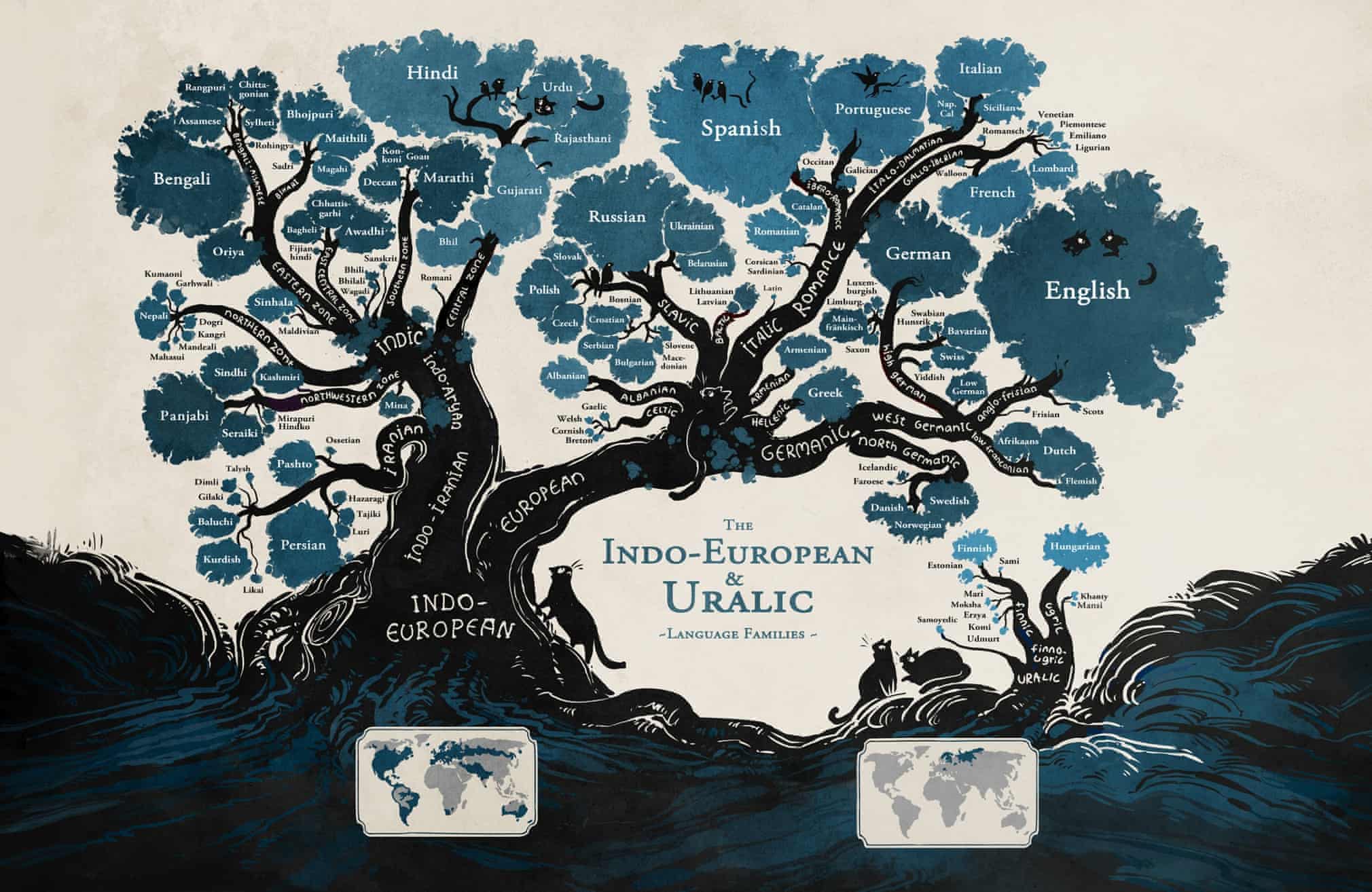 If we possessed a perfect pedigree of mankind, a genealogical arrangement of the races of man would afford the best classification of the various languages now spoken throughout the world; and if all extinct languages, and all intermediate and slowly changing dialects, had to be included, such an arrangement would, I think, be the only possible one. Yet it might be that some very ancient language had altered little, and had given rise to few new languages, whilst others (owing to the spreading and subsequent isolation and states of civilisation of the several races, descended from a common race) had altered much, and had given rise to many new languages and dialects. The various degrees of difference in the languages from the same stock, would have to be expressed by groups subordinate to groups; but the proper or even only possible arrangement would still be genealogical; and this would be strictly natural, as it would connect together all languages, extinct and modern, by the closest affinities, and would give the filiation and origin of each tongue.

As usual, Darwin is pretty much on the ball. The family tree of languages does indeed closely reflect human history, albeit with one or two anomalies. For example, nobody seems to have a blind clue where the Basque language fits in.