There's an extremely popular ‘quotation’ circulating on the Internet. There are different versions of it, but it goes something like this:

It is not the strongest of the species that survives, nor the most intelligent. It is the one that is most adaptable to change.

The quotation is almost invariably attributed to Charles Darwin. However... 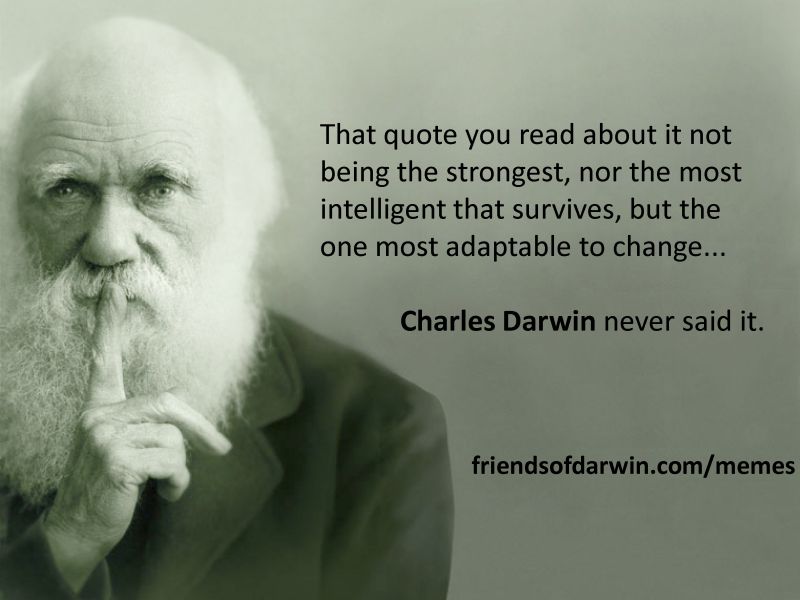 Unlike many of the other Darwin misquotations circulating on the Internet, this one does not seem to be in any way mischievous or malicious; it's just wrong. Darwin never said any such thing. But it is, as I say, extremely popular—especially with Business Management types.

The people at the Darwin Correspondence Project looked into this and other Darwin misquotes and eventually discovered, via a chap named Nick Matzke, that the quotation was most likely based on the writings of Leon C. Megginson, Professor of Management and Marketing at Louisiana State University at Baton Rouge, USA, who had set out to paraphrase his understanding of Darwinian Natural Selection. This loose paraphrasing eventually became wrongly attributed to Darwin himself.